Beginning in 2019, the Cybersecurity and Infrastructure Security Agency (CISA) began releasing their Risk and Vulnerability Assessment report. This report compiled several months of testing, audits and remediation efforts carried out on behalf of federal entities. Their assessments of these stakeholders helped them identify common attack vectors, the effectiveness of these attack vectors and how IT systems were responding to these attacks.

Recently, CISA released their report for FY 2020. While some of the information in the report is insightful and informative, much of it is also becoming unfortunate common knowledge.

What Is CISA Risk and Vulnerability Assessment (RVA) 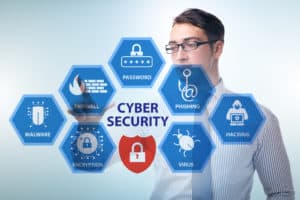 The FY 2020 Risk and Vulnerability Assessment was released by CISA on July 8, 2021, to address some of the most common hacking techniques seen to threaten federal agencies in the previous year.

The basis for this assessment is the MITRE ATT&CK framework. This framework serves as both a knowledge base of cyber-attack techniques and adversary attack lifecycles. Essentially, the MITRE framework provides organizations with a reference base for the different approaches that adversarial hacks might take to undermine their systems.

More importantly, MITRE ATT&CK can help security firms take a proactive approach to security planning and threat tracking. By understanding the combinations of technologies, tactics and strategies employed by hackers, specialists can better thwart them.

Along those lines, ATT&CK comes in three arrangements:

The RVA is therefore aligned with the ATT&CK framework to better explain the attacks that are threatening government agencies.

What Did the RVA Find?

By and large, the CISA RVA uses the ATT&CK framework to device tests around specific tactics in an “attack path”, comprised of 6 different tactical categories:

Significantly, the CISA RVA found a few key items during their testing and research:

Shoring Up Security and Compliance with Lazarus Alliance

The lessons learned from the CISA 2020 RVA aren’t surprising:

Lazarus Alliance is a veteran-owned cybersecurity firm that supports businesses and contractors working with our government and military to help defend our defensive capabilities. We help organizations prepare for security audits with fast, effective automated assessments and expert advice on how to remediate problems.